Sara Gaston has been acting over 30 years. She has appeared in many independent films including “Lars the Emo Kid”, “Acid Test”, “Conjoined” and “The Lioness Club”.  Several of the films she has appeared in have won awards at various film festivals, including most recently “Joe Returns a Video”.  She has worked in almost all areas of the business including commercials, industrial, film, television, improv, sketch comedy, animation, stage, and voice-over.

She has appeared on many stages throughout Houston including, The Hobby Center, The Alley, Main Street Theater, Stages, and Mildred’s Umbrella. She took her sold-out, one-woman show “Red Hot Patriot – The Kick-A** Wit of Molly Ivins” to California, courtesy of Main Street Theater & California State University.  She received a B.A. in Drama from the University of Texas at Austin. She has continued her studies with The Groundlings, Jeff Perry (Steppenwolf Theater), Second City, The Margie Haber Studio, Leslie Kahn, Kim Rubenstein, and Guy Roberts (Artistic Director of the Prague Shakespeare Festival). 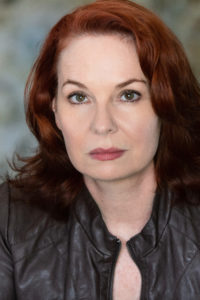 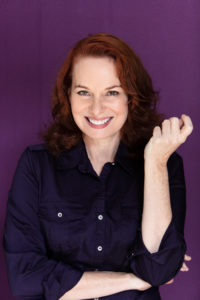